Home > Event > A seminar on training of first aid and sexual harassment At Work Place
01 August, 2018

A seminar was organized in connection with labour laws, training of first aid and sexual harassment At Work Place in collaboration with the Utthan Samiti by Legal Infosolutions Pvt. Ltd., at Radisson Blue Sector 18 Noida. The program was inaugurated by Lalit Thukral (Chairman) NAEC, and Chairman and Director Satendra Singh, by lighting the lamp.

Lalit Thukral (Chairman) NAEC told the people present that such event should be organized in Gautam Buddha Nagar as being an industrial city it is necessary for this place. All factory owners must get training of First Aid for their staff and management and only the St. John Ambulance has been authorized in the Factory Act for this training. This gives priority to any emergency because of which people’s lives can be saved. Employers of all garment factories must give such training to their employees so that they can get benefit in the factory during any kind of accident.

Chairman and Director Satendra Singh said that the purpose of our organization is to give information about the factory and establishment owners about their rights and labour laws. Whatever accidents happen in factories, they are all in the absence of knowledge. Therefore, all industries, especially the garment industries, grow their exports with such information and compliance. Because all the Compliance is very important for ordering supply of goods from overseas.

Satendra Singh said that it is compulsory to create a committee on sexual harassment in all factories and establishments, in which there is a mandatory appointment of 3 representatives of the manager side and a representative of any NGO. Where there are more than ten employees employed, it is mandatory to make an internal complaint committee; otherwise the provision of penalty for fifty thousand rupees has been made in the Act. In today’s time, it is necessary to be in every factory and establishment. Women working in establishment / factory can register a complaint in ICC, if they are not listened to, then the case is transferred to the district committee.

India already has one of the lowest ratios of working women in the world. It would be disastrous if companies, unclear about sexual harassment, take the easy way out by simply rejecting women in favour of men.

We need a better law that defines harassment properly and makes every workplace obligated to deal with it.

Deputy Director of ESI, Ashutosh Giri said that now the facility of ESI is being provided to the workers online and no problems are being given to the workers. All employers need to pay attention to the convenience of all the workers of ESI facility. All the medicines are available in the dispensary, as well as the ESI is now beginning to open the Dispensary in every district as a public partner, which is expected to be very successful.

Richa Aniruddha said that It’s become crystal clear that sexual assault is an epidemic, and we’re finally talking about it.  In a perfect world, of course, perpetrators would face repercussions that fit their crimes. But that’s not how it always goes. While the viral #MeToo campaign has empowered huge numbers of survivors to speak out against their abusers, according to RAINN, for every 1,000 rapes in this country, 994 perpetrators walk free. Even when allegations of sexual misconduct don’t enter the criminal justice system, the stories of accusers are often disregarded in favour of preserving the power of the accused. Ahead, seven famous men who were accused of harassment, assault, or both this year and walked away relatively unscathed.

Mriganka of SLAP said that Following the Delhi gang rape and murder case, parliament passed the grandly titled Sexual Harassment of Women in Workplace (Prevention, Prohibition, Redressal) Act. But the law is yet to be enforced. Some say that the delay is because companies are secretly against stronger laws requiring workplaces to report harassment and men are uncertain about how to behave with female colleagues. This is not as ludicrous as it may seem: because Indian society often segregates boys and girls in childhood, the sexes only mingle freely once in the workplace. While it’s too early to tell what long-term impacts this may have, it is a concern that managers may become more reluctant to hire women. Alarmingly, some judges are now apparently refusing to hire female interns. 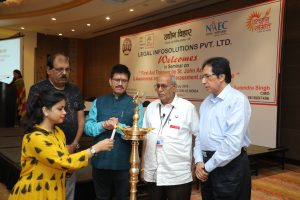 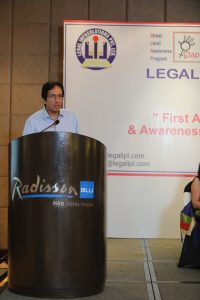 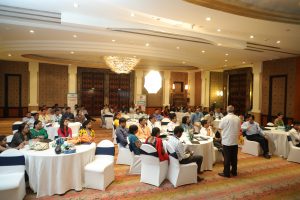 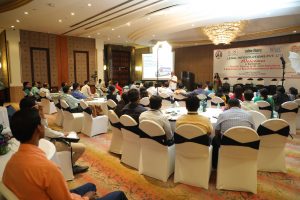 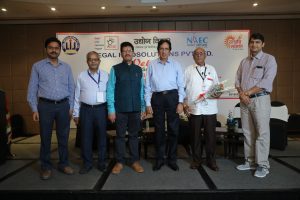 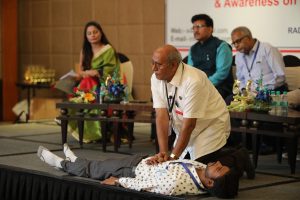 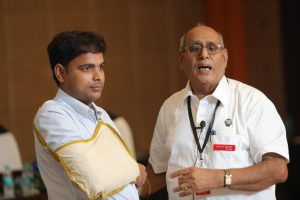 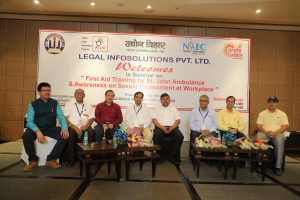 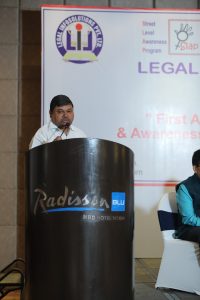 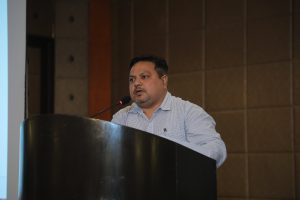 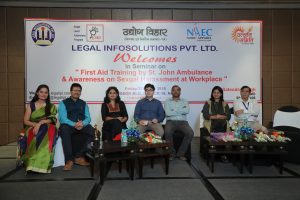 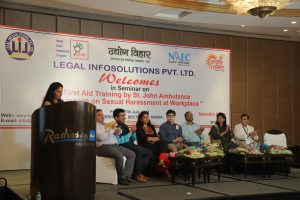 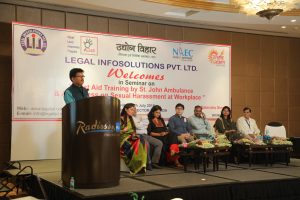 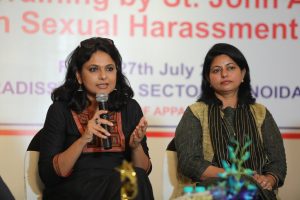 INDRADHANUSH A PLEASANT EVENING “Law of Labor” Advisors Association – U.P. In the program Indradhanush (a pleasant evening) organized by the people, the people of India enjoyed the dance of different territories of the year which were presented by the artists of Subarang Group. And Sushmita Ghosh Basu made people so fascinated by their dance […]

A seminar was held on Social and Technical compliances under labour laws in collaboration with the WRAP by “Law of Labour” Advisors Association-U.P.

A seminar was organized in connection with labour laws, training of first aid and sexual harassment At Work Place